Iguanas can grow to 1.5 m in length and weigh up to 10 kg. Larger specimens have been reported, but they are quite rare. Green iguanas have a row of spines running down their backs to deter predators. They can use their tails as a weapon, and should a predator grab hold of the iguana's tail they can drop a section of it to escape. The tail regenerates relatively quickly. IIguanas have a have a well-developed dewlap which helps regulate their body temperature. Green iguanas' vision is good, but not in low-light conditions. They also have cells which enable them to see ultraviolet wavelengths. Green iguanas have a photosensory organ on the top of their heads called the third eye. Even though it's called an eye it can't form a clear image, but iguanas can use it to detect the changes in light, i.e. the shadows predators make above them. Iguanas are primarily herbivores and try to escape when they are frightened. They will usually attempt to escape into the nearest body of water by diving beneath the surface. Wounded iguanas are more aggressive. Iguanas usually like to bask in the sun and are not aggressive. 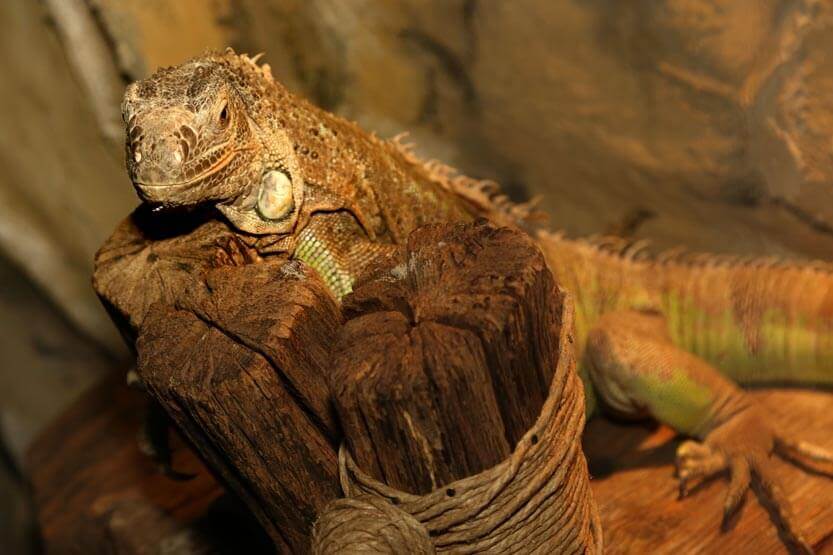 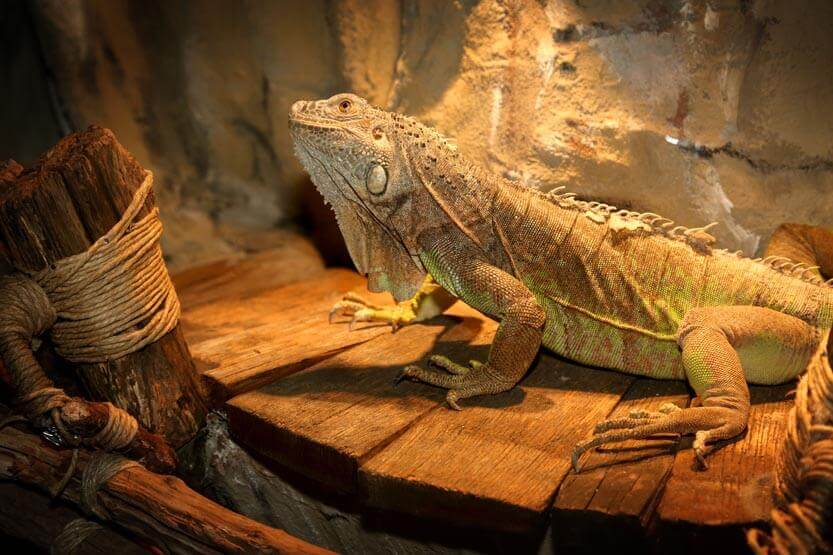 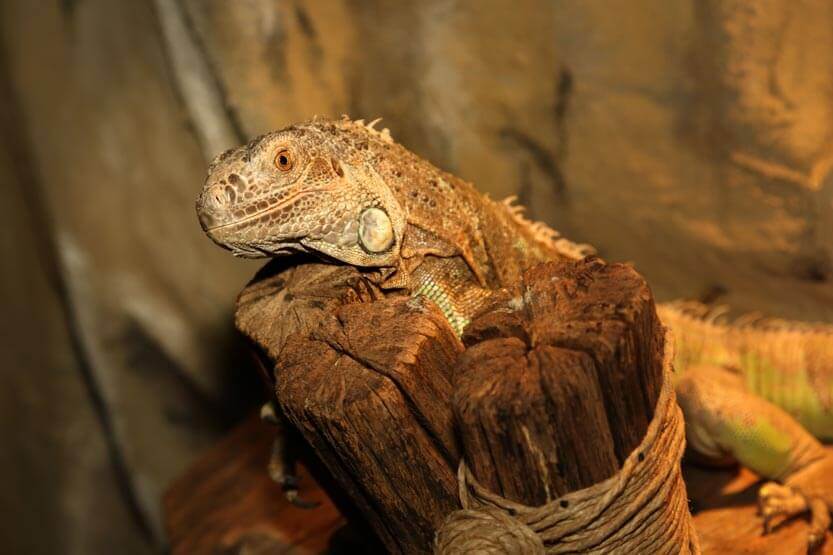